In October 1872, Ruffin indentured himself and his heirs to William and Ferebee Lovelace, an older couple likely known to the DeHarts for many years.  Per the deed, "Ruffin....binds himself and his heirs to furnish the said Wm. Lovelace and family with bread, meat, coffee, vegitables (sic), milk and surch (sic) other articles of food as may be produced on the farm and in case of sickness he is to furnish such articles of _______ as we Wm. & Ferebee Lovelace may require and can be procured.  The said Ruffin D. Hart....binds himself and his heirs to give all needful attention to the said Wm. Lovelace and his wife Ferebee Lovelace in sickness and in health to furnish them, the said Lovelace and wife ....with good substantial comfortable clothing.  ......to furnish Wm. Lovelace and family with firewood, to cut the wood up and place in the yard and makes fires when necessary.  This to take place during the natural lives of the Lovelaces ......"

To be certain, this would have been a tremendous amount of work, however, in consideration of the Ruffin Dehart family's labors, the Lovelaces bequeathed them two tracts of land on the east side of the Little Tennessee River totaling approximately 124 acres.  Not only were the DeHarts to receive the land, but in addition, the agreement with the Lovelaces also provided them 24 head of hogs and 11 head of sheep.  William Lovelace also agreed to raise a colt for the DeHarts if Ruffin would feed her, ".....provided my mare lives".  In addition to the 100 acres they already owned, the start that this would have given Ruffin's family in a life would have been tremendous.

Ruffin was not content with a mere 224 acres, however.  In 1884, he purchased an additional 100 acres of land 'on the waters of the Tennessee River', perhaps adjoining the Lovelace property. In 1887, Ruffin went on to purchase 200 acres in the same area from the State of North Carolina, it 'being part of the land lately acquired by treaty from the Cherokee Indians'.  This land was located somewhere in the area of the old Macon County line. During the period between his indenture to the Lovelace family and his purchase of an additional 100 acres in the Little Tennessee river, Ruffin, along with some friends and relatives, purchased, for $115, a two-thirds mining interest in a 450 acre tract of land in the Peachtree and Canebrake-area drainages.  It is likely that some of the family (probably Ruffin and Susan included) moved to this vicinity sometime thereafter, as a nearby area is referred to in old deeds as 'Ni***er Mountain' and older residents of the area knew it as 'Ni***er Cove'. By the time Fontana Dam was constructed and those families residing along the North Shore of Fontana Lake were removed, Jesse DeHart was the only member of the family remaining in the Peachtree area.
How a former slave managed to obtain land holdings of this magnitude is not known, but was almost certainly a result of exceptionally hard work on the part of the DeHart family.  It is additionally possible that the Deharts' former masters provided some degree of financial assistance; some evidence in the historical record (discussed in the previous blog posting and in this post) indicates that there was much goodwill between these families.


A Colored Man Defended by Whites

During the Reconstruction and Jim Crow eras in the South, the defense of a former slave by white individuals would have been a bit of an anomaly, but it seems that Ruffin must have commanded enough community respect to be an exception.  He found himself in court in April of 1874 along with his sons Henry and 'Alf' on an unknown charge.  What is known, however, is that Martin and Nathan DeHart (most likely two of the sons of Ruffin's former master, John) put up a bond for them. In 1881, J.D. Buchanan pressed a suit (the nature of which is unknown) against Ruffin and William Bryson; the men were ably represented by prominent area attorney Kope Elias (who owned a large farm in the area of the 'Ferguson Fields').  Buchanan dropped the suit, and was also forced to pay Ruffin for expenses incurred in defending it.

In her book, 'Swain County:  Early History and Educational Development", Lillian Thomasson noted that school district records for 1881 (kept privately by then-superintendent John Sadoc Smiley), indicated a total of 59 colored children of school age residing in the county.  However, district records also show that between 1889 and 1900, only one schoolhouse for colored students existed.  This almost certainly indicated that a significant number of Swain County's colored students were receiving no formal education.  For the DeHarts, who could neither read nor write and who would eventually have at least 23 grandchildren (census records are not definitive), this cause must have been felt deeply.  On 03 Dec 1887  Ruffin and Susan deeded one acre to the school committee for District #1, "for and in consideration of cause and in promotion of education of the colored race.....for the use and purpose of erecting a school house for the aforesaid colored race".  As all pre-1908 official school records burned in a courthouse fire, there is no way of knowing whether or not the schoolhouse was built for certain; it is not shown in any of the post-1908 school board minutes. Given that the 1900 census records indicate that several of Ruffin's grandchildren were able to read, I personally would like to believe that his school took root and that education allowed his descendants to forge a better life for themselves than they would have had otherwise.
An End to an Extraordinary Life

Ruffin's life came to an end in 1893 at the approximate age of 67.  We know nothing of his death other than that he died without a will. Evidencing the respect Ruffin must have held in the community is the fact that Bryson City mayor and prominent citizen, Epp Everett, was chosen to administer his estate, the contents of which are unknown. Rather than a simple fieldstone, a fine engraved tombstone was erected for him, and another for his wife Susan, who followed him to the grave in 1895.  Today they lie interred in the Watkins cemetery with many of their children and descendants buried nearby.

The annals of Swain County history record the lives of many of the county's former citizens, both prominent and 'ordinary'.  The Ruffin DeHart family's story is not to be found in these annals, and may be pieced together only by the most painstaking of research.  Yet I find their story a compelling one, exemplifying the triumph of the human spirit over adversity.  It is also an extraordinary story of friendship and respect between African Americans and whites during a time in which racial segregation was the 'Law of the Land' and the Ku Klux Clan instilled terror even in these isolated mountains.
May this 'Tale of Two Slaves' inspire you to develop and cultivate the qualities that led an impoverished slave family to achieve overwhelming success in life and to leave a legacy to those who have followed them. 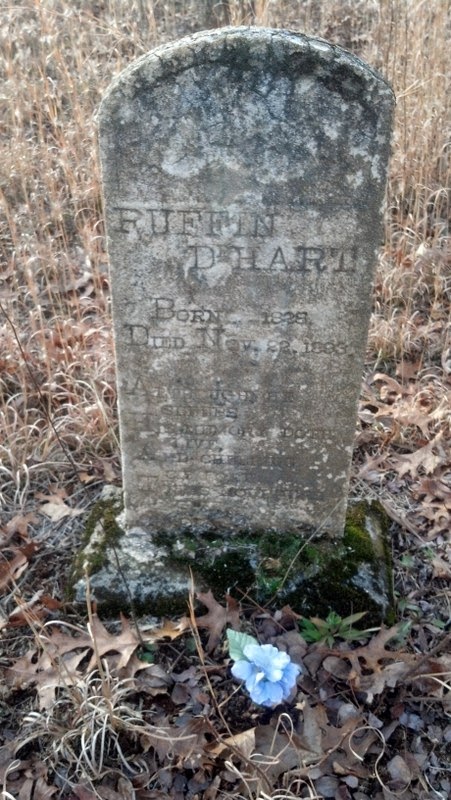 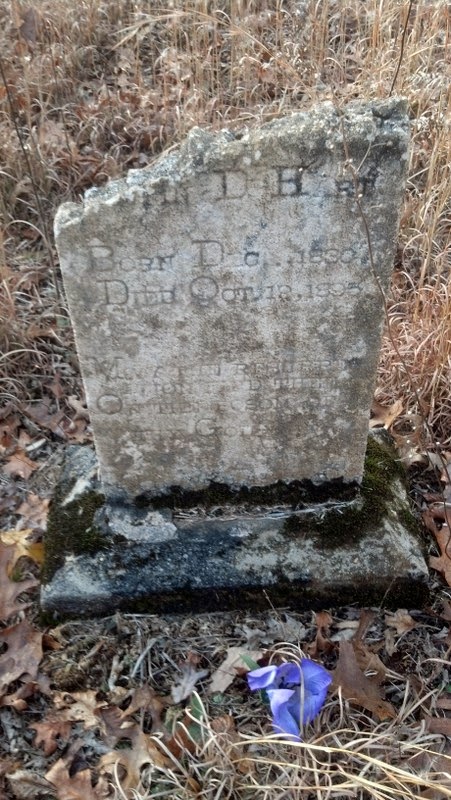 Olde Swain
I grew up in Swain County and am passionate about its rich historical heritage.